As Parasite feeds off Lois' psionic energy, Superman briefly stuns him by using his heat vision to ignite the air around Parasite's face. While, security guards shoot the Parasite, Jonathan gets the medical staff and patients to safety. The Parasite kills the guards and attacks Superman, but Jonathan hits him with a gas tank.

Superman gets Jonathan and Lois to safety. Jonathan wonders why is the Parasite after Lois, but Superman cannot find a way to explain him that Lois has acquired psychic abilities. The Parasite attacks again and Superman attempts to distract him while Jonathan escapes with Lois.

Meanwhile, the media gathers around ClarkCattropolis.com's office and asks Cat about General Sam Lane story. Cat refuses to answer and goes to her office. There, she attempts to call Clark again. Morgan Edge has been waiting for her in the office, considering he and his bosses own the entire city. Although Cat believes Edge wants to know about their sources, Edge replies he wants to buy her website, as they were the ones who revealed the Superman and Wonder Woman relationship to the world. He is willing to pay thirteen million dollars in cash.

Meanwhile, in Washington D.C., General Sam Lane is talking with an unnamed man about the leak. Lane says he had nothing to do with it, but is willing to face the consequences. The unnamed man is unconcerned about the leak, however, and tells Lane to ignore it, saying they need to talk about the Tower. 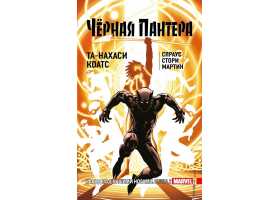